Q: Coach DeFranco – I’ve been following your posts on elitefts.com and your website regarding the resisted sprints you have been having your combine athletes perform this year..your guys look great btw. I’ve been following you since 2004 and I don’t recall you performing resisted sprints with previous combine classes? Is this something new? Where do you fit them into the weekly training plan?

Also who will you be sending to the nfl combine this year? I always enjoy following your guys. All the best to you and your athletes coach.

Yes, we have been performing more resisted sprints this year with our Combine crew because I made an adjustment to the weekly plan (compared to previous years). The main adjustment I made this year was that I dropped our lower body strength day during the final 4 weeks of preparation. I did this for two major reasons:

#1 – The 3 athletes we are sending to Indy are all incredibly STRONG already. In other words, they were all “strong enough” to run fast, jump high and perform well on the Combine tests. Adding 10-15 pounds to their 1RM squat would do little to improve performance in the Combine tests at this point. And because they are all so strong, their heavy lower body strength day would end up doing more “harm” than good leading into the Combine; this is because it takes them a couple days to recover from the type of weights they were moving. So after the first 3-4 weeks of preparation, we dropped the barbell squats and traditional “weightroom” lower body day. These guys only have about 7 weeks to prepare, so every day of recovery counts.

#2 – Although all 3 of these guys possess incredible lower body strength, they weren’t using all their strength when they ran because their technique was off. So I wanted to change their traditional lower body strength day into a day that would help them better translate their strength to their sprints. I also wanted this workout to be easier to recover from than a traditional weightroom workout. This is what brought about our “resisted sprint” day.

Although I don’t want to give away too many specifics, I will share with you a very general outline of what our final 3 weeks of prep for the NFL Combine looks like:

This template, coupled with our strict nutrition program and the soft tissue work these guys are getting daily, has been a recipe for success! The transformations thus far have been borderline freaky!!

Speakin’ of FREAKY, here are the three guys that we will be sending to Indy this year! All three of these guys are freaky strong, fast as hell…and JACKED! (As you can probably see by their photos, this is the most educated/dedicated class we’ve ever had regarding their meal plans and supplementation.)

These guys aren’t just “workout warriors” either…all of them are tough SOB’s who have kicked some serious ass on the football field!

Check these guys out… 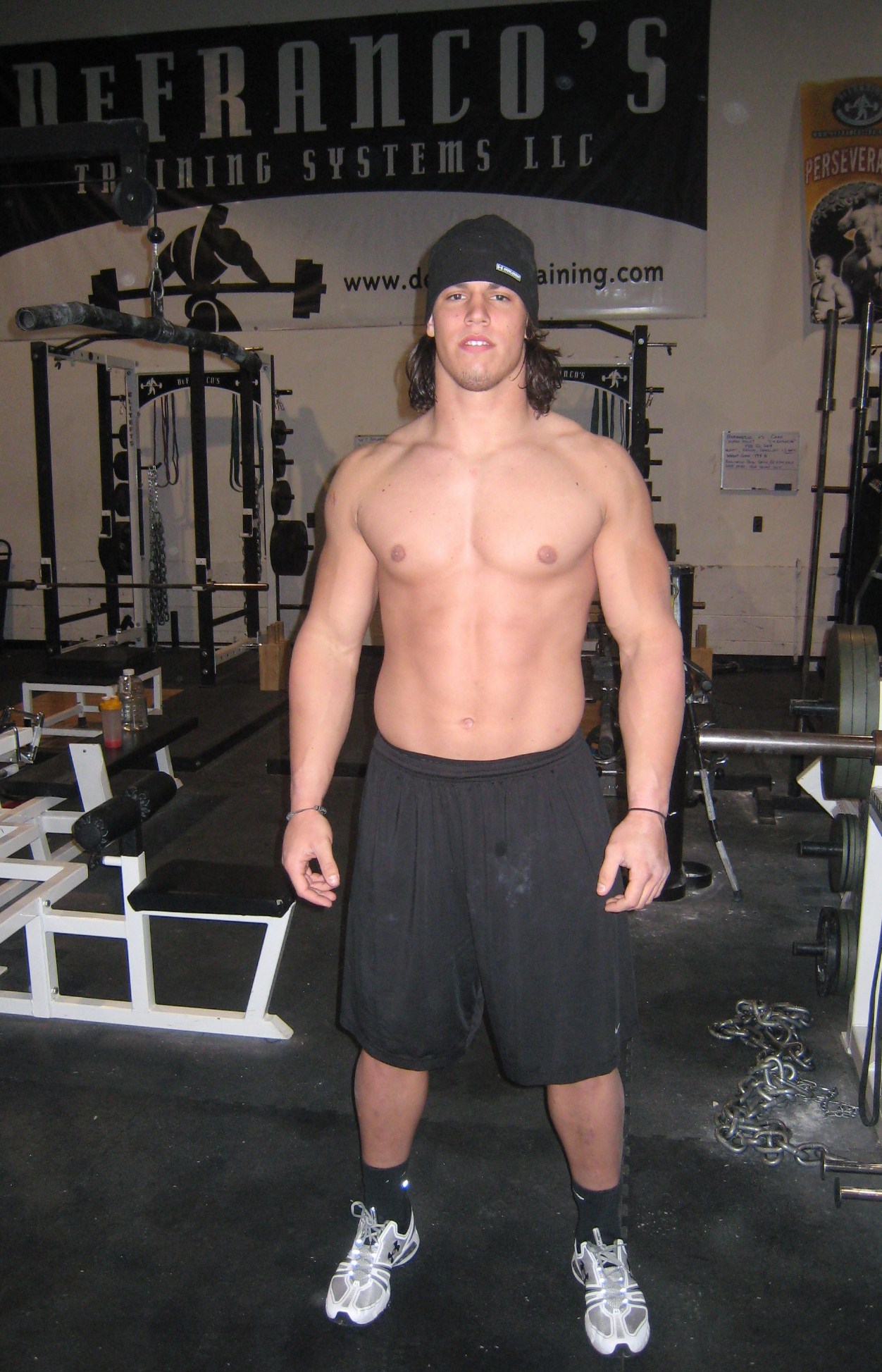 Cush needs no introduction…if you live on this planet, you know Brian Cushing. He was featured in my original “Skinny Bastard” article when he was a junior in high school… Five years later, he is vaulting up the NFL draft boards as one of the best defensive players in the nation! Cush is one of those rare athletes that don’t come around very often; he possesses superior genetics, world-class football skills, an insane work ethic…and an attitude to be the best! Have fun watching him at the NFL Combine and then on Sunday’s for a long time to come. 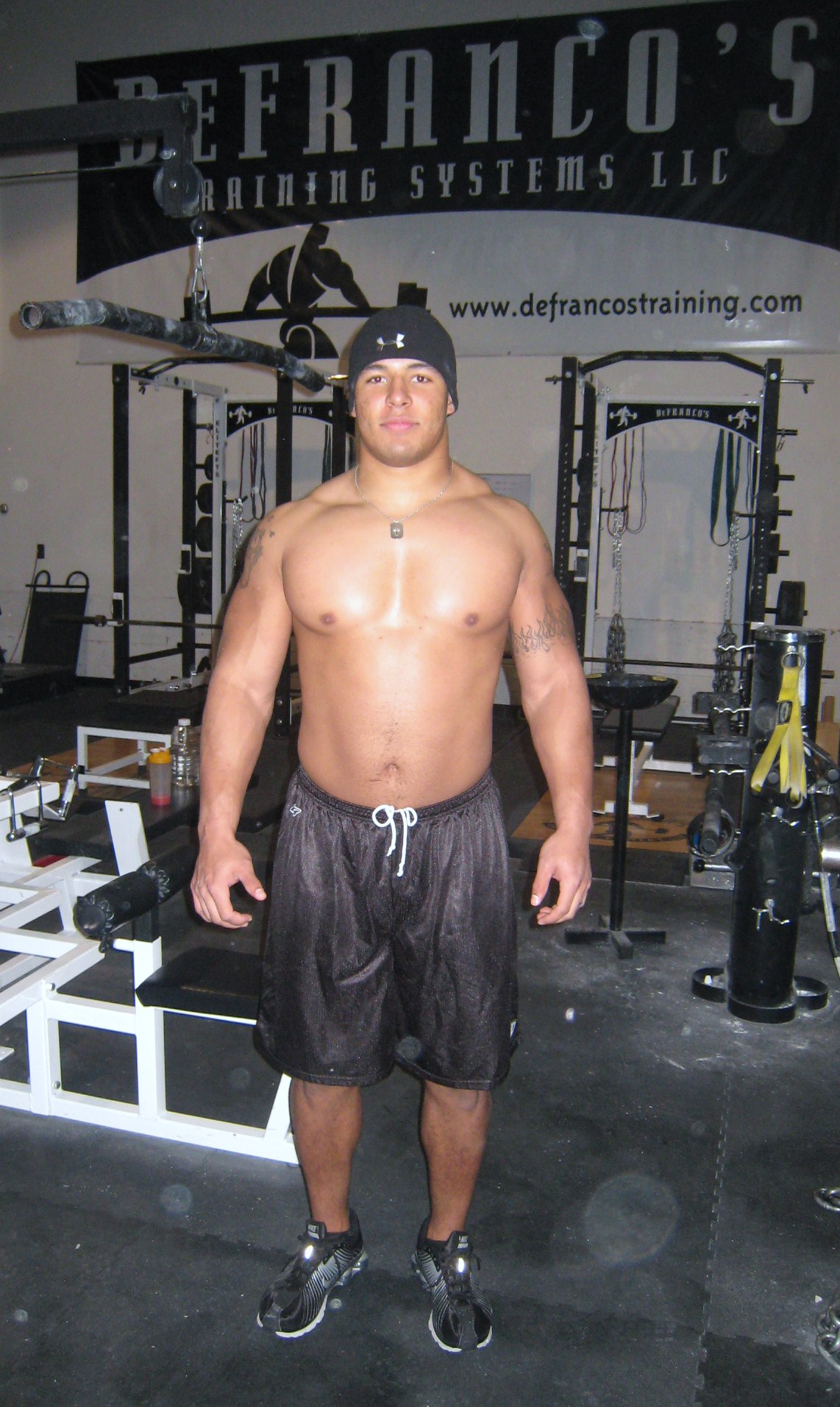 Tony continues the tradition of badass fullbacks in our facility…and he just may be the best of the best! NFL.com lists Tony as the #1 fullback prospect in the nation…and rightfully so! He will undoubtedly be the strongest fullback at the Combine, but get ready to be shocked with his speed numbers! 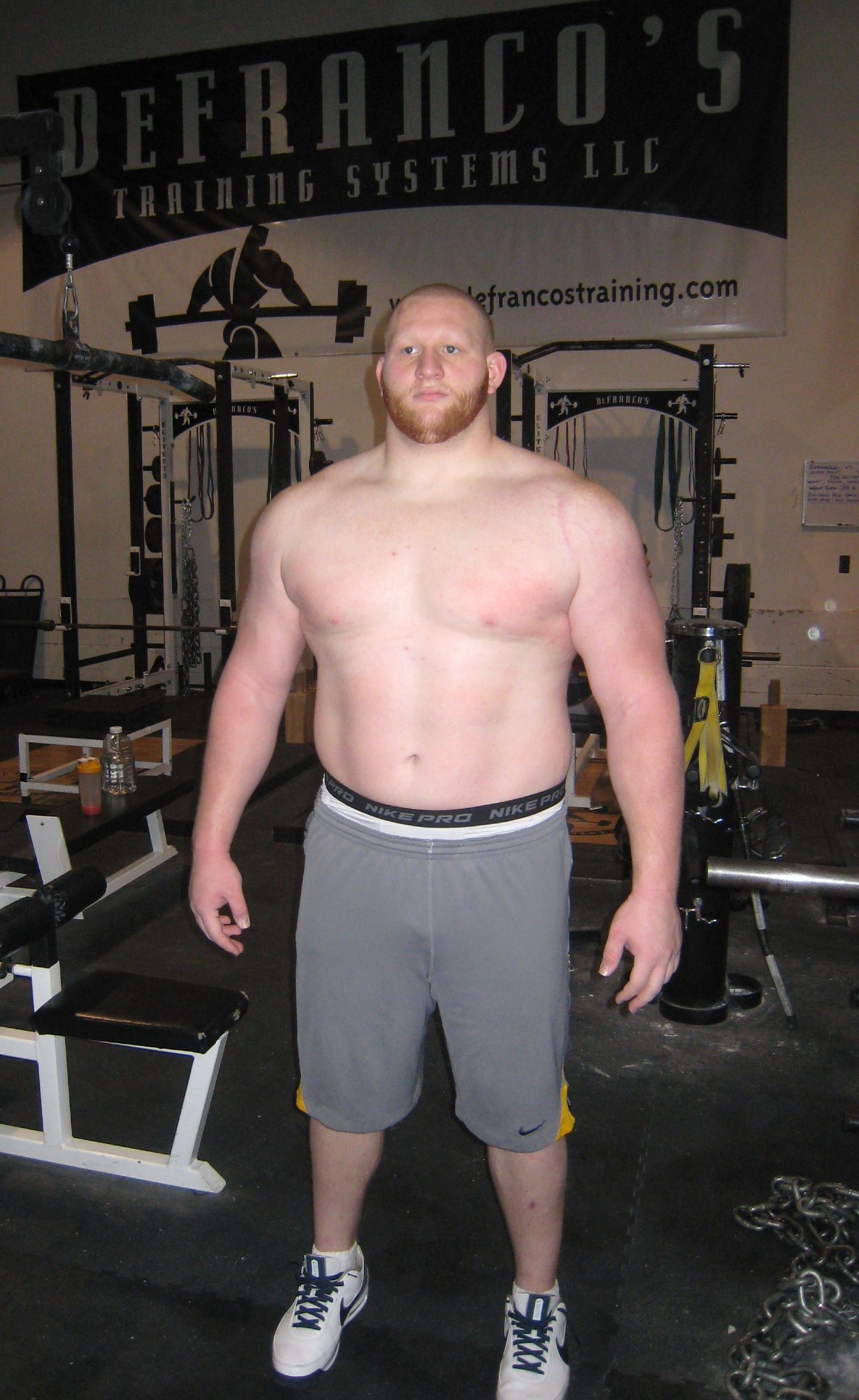 Can anyone find me a leaner, more muscular 330-pound lineman than Greg?! If so, I would like to meet him! (I’m trying to get Greg to spray tan so he really impresses NFL scouts with his physique, but I think it’s a lost cause haha! The tanning salon is one place you will NOT find this animal!) The most impressive thing about Greg is how well he moves for such a big – I mean, HUGE – guy! He consistently runs shuttle times that are on par with tight ends and some running backs! Get ready to hear more about him after his performance at the Combine! 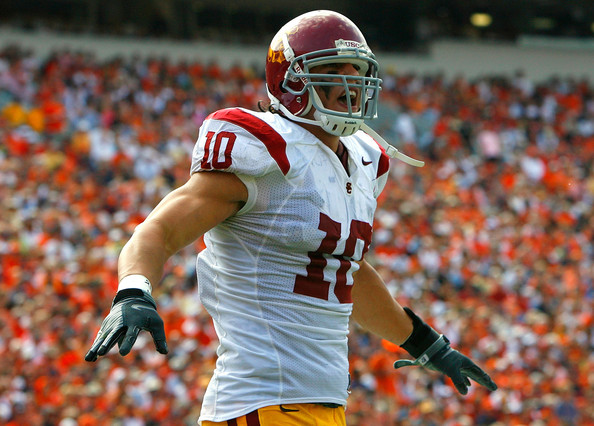