Q: Your Triple H article series was Amazing!! Best i’ve read in a long timee. Quick question. What is the thought process behind not using any weight on barbell curls on his saturday workout?? I thought the best way to gain muscle is lift heavy. Am i missing something?? Thanks coach D

Thanks for your feedback regarding the Triple H article series. I really hope it gave people a new-found respect for what it takes to make it in the WWE. Guys like Triple H are incredibly gifted athletes and they deserve to be treated as such.

Regarding your question: You are correct when you say, “the best way to gain muscle is to lift heavy”.  I agree with that statement 100%. The reason I had Triple H curling an empty barbell when performing Saturday’s “gun show” was due to the demands of Sunday’s workout. I didn’t want Triple H’s biceps to be sore on Sunday while he performed heavy tire flips, farmers walks and hand-over-hand sled pulls! These exercises (along with Wednesday’s heavy dumbell rows) were the ones responsible for Triple H’s biceps growth on this program; so I wanted him to be fresh when performing these “money” exercises. 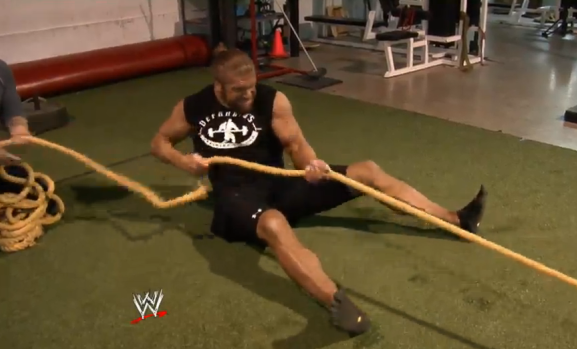 Q: Joe – I have been performing your WSSB Part 3 program for the past 5 months and I can report gains beyond my wildest dreams.

All this while gaining 16 pounds!! I planned on coming to nj and training with you this summer but it looks like it’s going to have to wait until next summer due to financial reasons. My question is should I stick with what I’m doing since it works so well? (I’m preparing for my sophomore year of D2 college football btw.) I was thinking of sticking with the plan but adding running before my lower body days?? Is there a better suggestion for the summer or am I on the right track? Camp for me starts in August.

Thanks so much coach, your website has turned me into the athlete I always knew I could be. I just wish I discovered it 5 years earlier!!!!! Carmen

Thanks for your feedback regarding my Westside for Skinny Bastards, Part III program. You have joined the fraternity of thousands of athletes worldwide who have transformed their bodies on that program. Congrats.

But, keep in mind that WSSB is a strength training template. You definitely need to do more to prepare for football camp in August. I am going to do you (and the rest of my readers) a big favor and provide the template I designed for my college and NFL players who are training with me this summer. 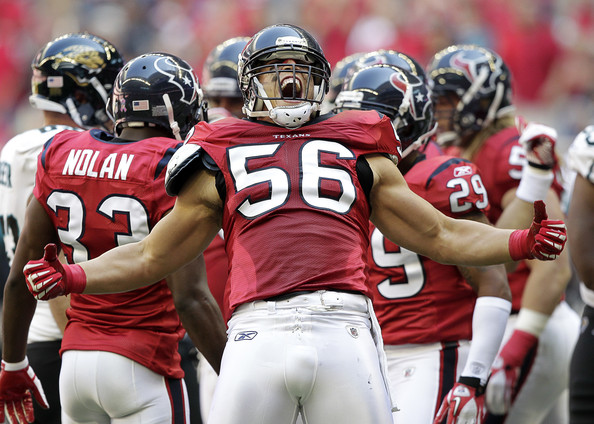 NOTE: I will incorporate less football drills into these workouts with my high-level college players and NFL guys. (During their 4 weeks with me over the summer, the last thing these guys want to do is more football drills during their “off” time from football…nor do they need more football training.) Lower-level guys will perform more “football specific” drills during Monday, Wednesday and Friday workouts.

*Proper warm-up, mobility and foam rolling are performed every day. 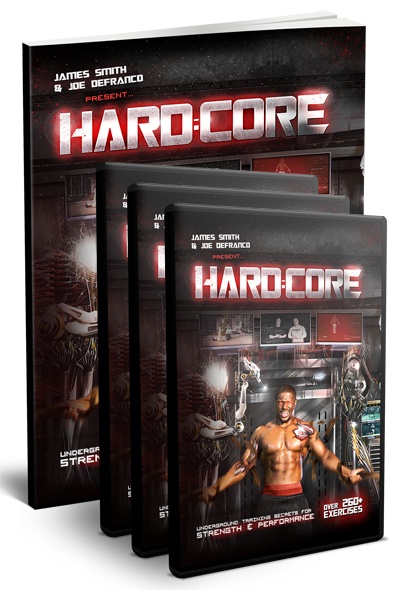 THIS Tuesday, June 12th, Hard:CORE will be released and core training as you know it will never be the same! Check back right HERE on Monday night at midnight for full details!

We will also be launching the Complete Athletic Strength Development System! This 4-DVD/Manual package is the Rolls Royce of training knowledge! Never has there been this much information/experience/knowledge in one product package! I’ll keep it real simple for ya, “After watching AMPED, POWER, EXTREME and HARD:CORE, you will be more well-versed on human performance than 99% of the fitness industry!” If that statement comes off as cocky, I apologize. But the fact of the matter is, it’s the truth 🙂

If the Complete Athletic Strength Development System was a college course, it would earn you a PhD! #FACT

Docu-Reality series to be Filmed at DeFranco’s THIS SUMMER!

I can’t give away too many specifics right now, but I can officially announce that  we have signed on to participate in a unique online “TV show” that will feature DeFranco’s Gym and many of our athletes. The working title is “DeFranco’s Gym Uncensored: Chronicles of a Warehouse Gym“.

This series of online shows will take you behind-the-scenes at one of the most respected and unique gyms in the world. Each episode will feature 1 or 2 different athletes, along with some of the day-to-day business operations involved in running a successful private training facility.

Two examples of initial athlete features are as follows:

Kareem Huggins: Former NFL running back (Tampa Bay Bucs) who had his knee blown out against the Saints. (Kareem was one of the athletes mentioned in the Saints “bounty” scandal.) Kareem has been training/rehabbing his ass off for the past few months in hopes of getting his second shot in the NFL. This show will take you behind-the-scenes with Kareem as he prepares to prove the critics wrong.

Giuseppe Ottaiano: High school football lineman that lost over 80 pounds after being diagnosed with colitis. Doctors told him his football career was over. Go behind-the-scenes as Giuseppe does everything in his power to get healthy, prove the doctors wrong, and fulfill his dreams of playing college football.

I will keep everyone posted with regards to when/where the episodes will start airing!