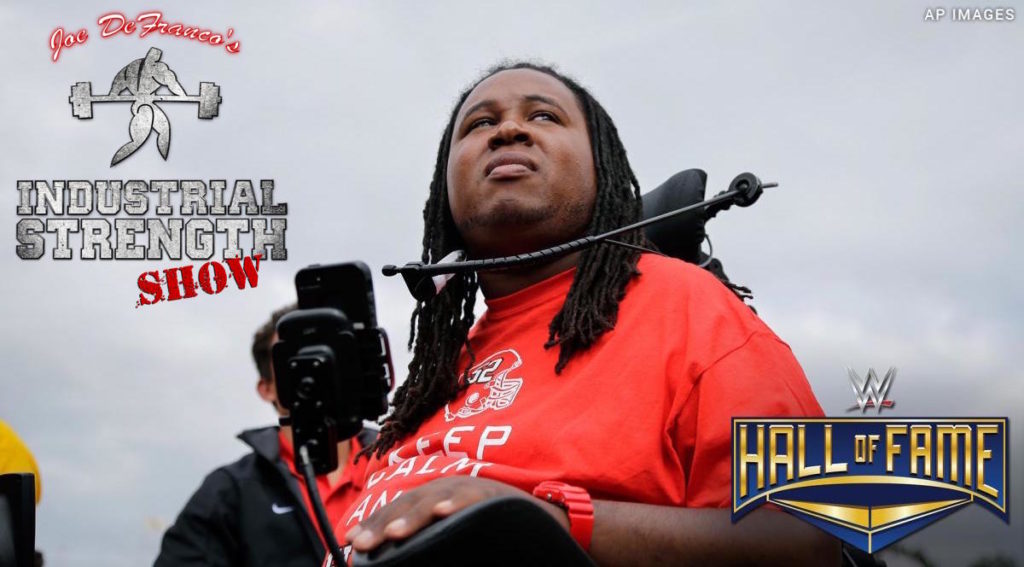 Eric LeGrand returns to the Industrial Strength Show to give an update on his rehab, talk about his induction into the WWE Hall of Fame, and lots more!!!

14:00 – Eric talks about staying positive during the toughest time in his life

24:35 – How Eric deals with the redundant grind of rehab

31:20 – The biggest accomplishment/coolest experience Eric has had since his injury

41:45 – How Eric fits “visualization” into his daily life

45:45 – Eric’s mom joins the show to discuss the power of positivity

54:15 – Joe shares his side of the story [when he first found out Eric won the Warrior Award]