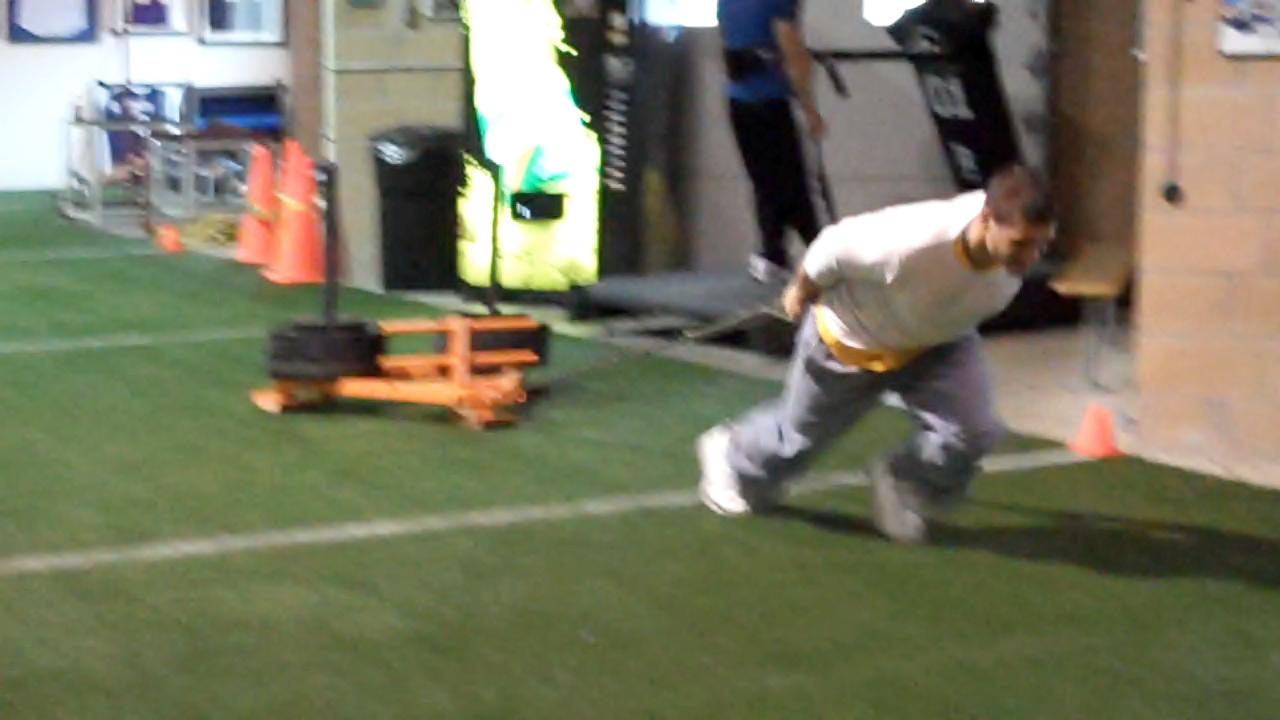 On Tuesday, I posted this video…

Joe, I think you’re going to be (or currently are) one of those coaches who the sports scientists are constantly trying to disprove, but fail! So much of what you do is innovative and exciting. Keep it coming mate!!

What are your thoughts on the “rule” that you shouldn’t use more than 10% of your bodyweight for resistance on a sled when trying to improve acceleration technique?…

Most people will tell you that in order to be fast, you must train fast. THAT’S why so many people will argue that super-heavy sled dragging will “train an athlete to be slow” or “ruin their sprint mechanics”. Well, I am here to tell you that there’s an exception to the “train fast to be fast” rule! Here’s the deal…

The ability to accelerate is of utmost importance for just about every athlete and every sport. This is one of the reason’s I love having all of my athletes perform 10-yard sprints. Running 10’s is one of the best ways to learn how to accelerate properly, while also developing lower body power.

But, one of the “problems” I’ve found with running 10’s is that there’s no way to “practice” them at slower speeds (because proper acceleration angles can’t be achieved at ‘half speed’).

Think about this: Most sport-specific skills and/or exercises can be practiced at slower speeds or with less weight, in order to perfect technique. Here are some examples…

Boxers spar with ‘lesser opponents’ to work on their technique; wrestlers and MMA athletes ‘drill’ at slower speeds to perfect different moves, submissions, etc.; Baseball players have batting practice or hit off a tee to work on different aspects of their swing; in the weightroom, you can perfect your technique on any given exercise just by using less weight…

I can go on and on with examples, but I think you get my point. The point is that if an athlete is having problems perfecting their acceleration technique, you can’t just say, “Ok, let’s practice it at half speed until you get it right.” This is because it is impossible to achieve the proper acceleration angles if you’re not running full speed. So, as coaches, what should we do with our athletes in order to teach them proper acceleration mechanics?? One of the answers to this dilemma is HASD’s (Heavy Ass Sled Drags)!!! The reason I love making my athletes perform “HASD’s” is because it’s guaranteed to work the “3 KEYS” of acceleration…and the 3 KEYS I’m referring to are: forward body lean, positive shin angle, big strides (covering a lot of ground as opposed to taking short, ‘quick’ steps).

3 KEYS TO ACCELERATION AS THEY RELATE TO SLED-DRAGGING

#1) It’s impossible to drag something heavy without leaning forward to get the object moving! If an athlete’s able to drag the sled with an “upright posture”, they’re not going heavy enough to achieve the benefits of an “acceleration drag”. The heavy weight enables the athlete to “feel” what a proper ‘acceleration lean’ feels like. This helps athletes understand what I mean when I tell them to make sure “their upper body stays in front of their lower body” when they accelerate.

At 6’6″, Kevin Brock had a problem with the forward lean that was required for him to accelerate properly in order to improve upon his 40-yard dash. None of the classic “speed drills” seemed to help Kevin “get it” with regards to his 10-yard sprint. But then I introduced Kevin to HASD’s and after his 1st session, he PR’d in the 10-yard sprint! Check out the video of Kevin below…notice the forward body lean and the huge amount of ground he covers with each stride! He hits the 10-yard mark in only 6 steps!

Kevin even performed HASD’s before he ran his 40-yard dash at his NFL Pro Day. It worked! Kevin is currently with the Oakland Raiders. Simply put; in order for Kevin to get faster, he first had to slow down!

#2) A positive shin angle goes hand in hand with the forward body lean the athlete should be maintaining while dragging the sled. This shin angle is the key to speed/accelerating! WAY TOO MANY athlete’s “reach” forward and overstride in order to increase their stride length…this is “acceleration suicide”!!! As soon as your foot lands in front of your hip, you’re dead (because it creates a “breaking force” which slows you down)…and you also drastically increase your chance for a hamstring pull! The KEY to acceleration power/speed is having your foot strike the ground directly under – or behind – your hip and apply force back into the ground! Once again, it is impossible to drag a heavy sled unless you are striking your foot underneath or behind your hip and applying force in the proper direction. (If your foot lands in front of your hip, the heavy sled will stop in its tracks…guaranteed.)

To hammer home my point, check out the pictures below. Notice the similarities in forward body lean, back leg angle/force application, and how the knee of the front leg remains in front of the foot during the foot strike (which ensures force is being applied in the proper direction). 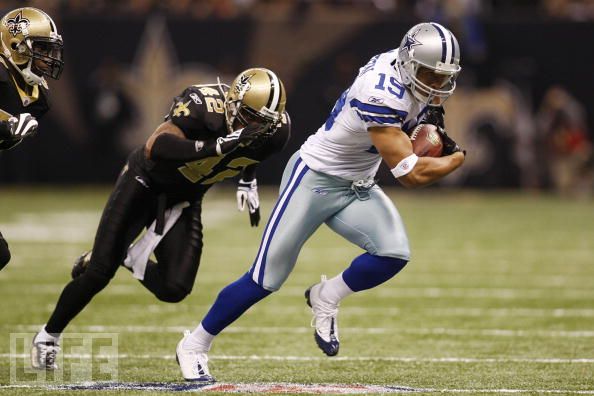 #3) The final aspect of sled dragging that I love is that it increases an athlete’s “horsepower“! I don’t give two shits what anyone says; STRENGTH builds the foundation for sprinting speed. Period.

Sports scientists will argue that the muscular contractions during HASD’s aren’t fast enough to transfer to sprinting, blah, blah, blah! Well, I may not wear a white lab coat to work (I prefer black or camo), but you can bet your ass that there aint ONE “researcher” who’s coached more 10-yard sprints over the past 13 years than I have in my “lab”. And I can tell you with 100% confidence that performing HASD’s (in conjunction with jumps and sprints throughout your training week) does NOT make you slower. In fact, it’s quite the contrary…HASD’s will make you FASTER by specifically increasing the “horsepower” in your quads, glutes, hamstrings and calves. Increasing your strength in this manner, enables you to apply more force into the ground when you sprint. This increased “horsepower” (along with proper hip flexor flexibility) enables you to “finish” each stride (fully extend), thus covering more ground with each and every step!

[NOTE: If you’re using the sled to perform resisted sprints, you obviously won’t need to go as heavy because you can “rehearse” proper technique due to the higher speeds.

FYI…I still think the “10% rule” with regards to resisted sprinting is complete bullshit for every class of athlete except high-level sprinters. “Experts” say if you use more than 10% of an athlete’s bodyweight for resistance on the sled, it will “screw up their sprint mechanics”. My question is, “How often does any athlete – besides a sprinter – run in a perfectly straight line with perfect form?” Running backs in football are holding a ball, bouncing off would-be tacklers, cutting, stiff-arming, etc; tennis players have a racket in their hands when they accelerate to the net; baseball players have to hit a ball, then throw the bat and run to first base (usually while looking at the ball they just hit); basketball players are either dribbling a ball or guarding another player when they accelerate; and when wrestlers accelerate forward and shoot on their opponent, do you think they’re worrying about perfect “sprint technique” and proper arm action? 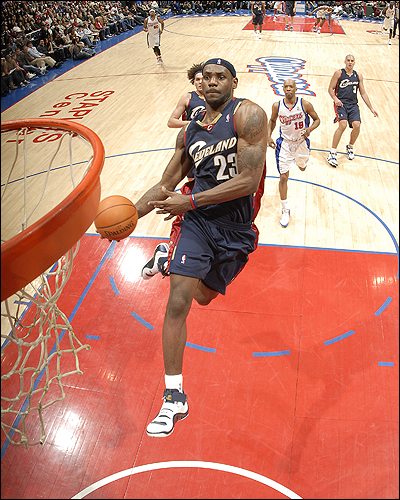 Hopefully – once again – you get my point. Don’t be scared off by what “the masses” say about HASD’s or resisted sprints…they are both extremely beneficial to 99% of the athletes out there!]

You now hopefully understand why – every now and then – you need to “slow down” in order to SPEED UP on the athletic field!

TRUST ME on this one.